It is common knowledge that the MyFord Touch infotainment system (MyLincoln Touch in Lincoln, of course) has never been an example of conviviality. And Ford was well aware. This is why the 2013 models will be entitled to a MyFord Touch improves. A kind of MyFord Touch 2!

First, the engineers revised the interface become simpler and more elegant. For ease and speed of reading, the casting of letters is oilier and size has increased by 40%. They also eliminates certain information deemed unnecessary, for example, the word megahertz (MHz), which followed the frequency of the station selected.

Perhaps less obvious, but equally important, the response time between a command and its action is more than half a second. This does not mean necessarily that the command will be executed within this period, but at least there will be a quick indication advising that the system works. Indexing time (contact list, contents of iPod, etc..), For its part, is nine times faster than before. Voice commands, they are twice as fast. In fact, it has not removed commands? voice or digital?, but it has reduced the number of lines of computer code, which improves the speed of execution.

Ford took advantage of this redesign to change supplier for the navigation system. Navteq thus takes over from Telenav. As for the very interesting Travel Link system offered in the United States and gives a wealth of information, the traffic jam has come to the list of films in cinemas the closer through the list of gas prices, it is still not happening in Canada. Rebuke the CRTC.

Ford has already contacted the current owners who receive a USB key with the new version of MyFord Touch. The operation of setting a level takes about an hour and can be done while the car is moving. People less comfortable with technology will only have to visit their dealer will change for free.

Technology, it is fine. But then it has to be user-friendly enough for "normal" people can use it. Ford seems to have understood! 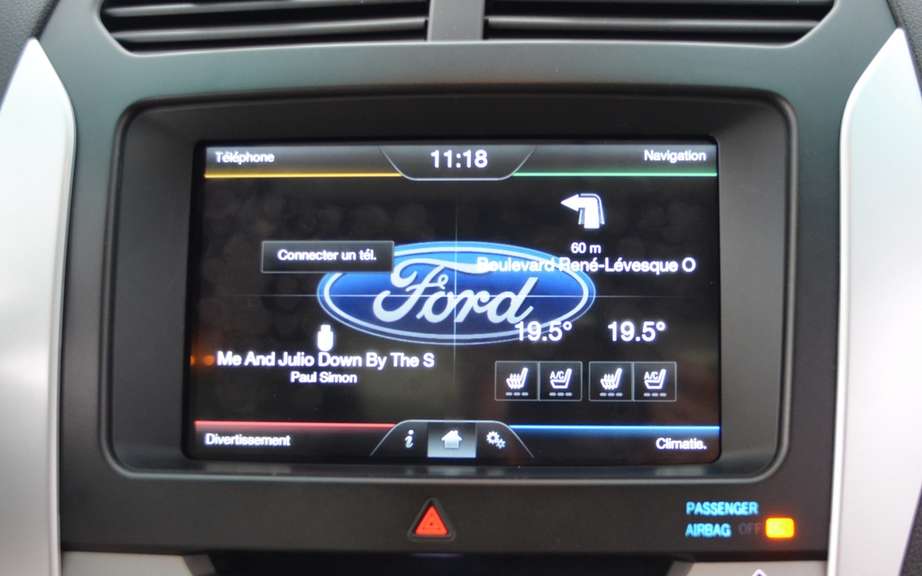