Toyota Motor Corporation (TMC) today unveiled technologies that aim to increase the safety of pedestrians and elderly drivers, this as part of its initiatives to eliminate deaths resulting from accidents.

The data1 show that in Japan, although the deaths resulting from road accidents have decreased by half over the last 10 years, pedestrians die more often as a result of such accidents than people who are aboard vehicles (in 2010, 35.2% compared to 32.9%). The data also show that more than half (50.4%) of traffic fatalities are people 65 and older and nearly half of the accidents with deaths (49.3%) occur between sunset and sunrise.

In response to this, the technologies unveiled today include a pre-collision system (PCS) with the aid of collision avoidance, adaptive headlights a prevention of glare (ADB) and a tilting hood aimed at reducing injuries to pedestrians.

Since its inception, TMC's mission is to contribute to the improvement of society through the manufacture of automobiles. This intention shines in the Toyota Global Vision published in March this year and in which TMC is committed to producing safe vehicles, which provide the peace of mind that carry people not only physically, but also emotionally. TMC engages long has security-related which are based on three pillars activities: development of safe motor vehicles, educative activities about the road safety and participation in development of road environments. The basic approach of the TMC development of safer vehicles is to study the accidents that have occurred and constantly improve its methods to test its products and services, that under the concept of integrated management Secure2. This approach brings TMC base this year in the United States the Collaborative Safety Research Center in order to conduct joint research with universities, hospitals and organizations of North America research.

To develop the vehicles least likely to be involved in accidents, including vehicles equipped with advanced pre-collision technologies TMC aims.

1) Measures against collisions in the back and collisions with pedestrians

A difference of the pre-collision system (PCS) Current TMC (designed to predict collisions under certain circumstances and to reduce damage), the PCS system in development will be designed to help avoid collisions. The new system uses a millimeter-wave radar and stereo cameras to detect a pedestrian or a vehicle that is at the front. In addition, the system emits near-infrared beams to enhance the visibility at night. This new system will help to PCS avoid a collision in a case where the driver does not apply the brakes, although its effectiveness will depend on the driving environment and circumstances.

This system, developed from the PCS system designed to avoid collisions in the back and collisions with pedestrians, responds to a possible exit channel by an integrated brake management and direction. TMC developed so that the FULLY monitors a wide range of things that are on the outside of the vehicle, including the location of obstacles on the roadside and vehicles approaching, he assessed the risk of collision and that it borrow the vehicle from a safe trajectory, helping the driver avoid an accident.

In addition to PCS systems mentioned above, TMC also works in development of a wide range of technologies aimed at protecting those who are most at risk of suffering accidents: pedestrians and elderly drivers.

There are two years, TMC was singing headlights automatic route. When the installed camera on the vehicle detects the taillights of a vehicle traveling ahead or the headlights of an approaching vehicle, lights automatically switch from road mode crossover mode to the other driver can see better. TMC has continued to develop this system for the headlights of the vehicle drive system with ADB sails are partially to avoid hitting the driver's eyes rolling to or approach and thus avoid the dazzle and reduce the effectiveness of his sight. The goal here is to allow the driver that it always close to that of a high beam in order to improve the visibility at night and help reduce accidents with pedestrians or other vehicles lighting.

In 2001, TMC began to use body structures designed to reduce injuries to pedestrians and ever since has broadened their use. The new body structure are based on test results conducted using conventional tests of collisions and virtual human models THUMS3 models. The tilting hood and new design TMC helps reduce injuries to the head of a pedestrian struck by a vehicle - even if the hood of the vehicle is low and there is not much space underneath - in automatically raising the rear of the hood to increase the space beneath it.

Sudden cardiac irregularity (eg, ventricular fibrillation) can cause loss of consciousness in a driver and create a potentially dangerous situation. Technology response to newly developed emergency TMC is the culmination of research on a system for monitoring cardiovascular function driver through the touch of his hands with the steering wheel for the purpose of detection risk. Research continues in that TMC aim to commercialize a system that may contribute to the prevention of serious accidents caused by a sudden change in the physiological condition of the driver. TMC plans the presentation of the details of his research at the 28th general meeting of the Japan Medical Congress, which opens on April 2 exhibition center Tokyo Big Sight in Odaiba, Tokyo.

1 Data from the National Police Agency of Japan.

2 approach to security that seeks to provide the driver with full support to all aspects of behavior rather than focusing solely on security systems independent of each other. 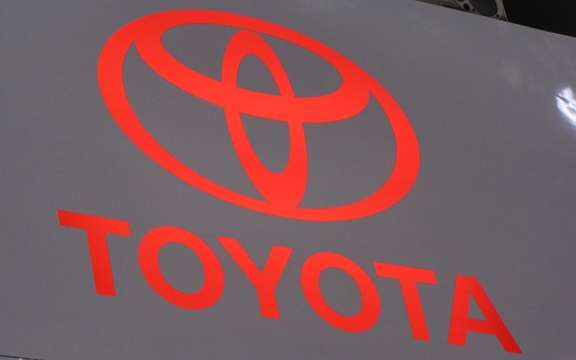 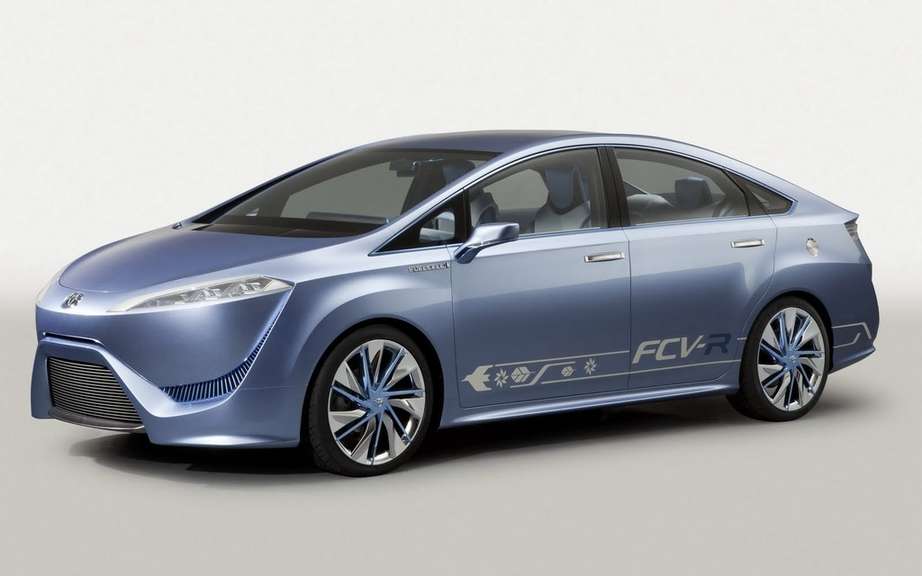 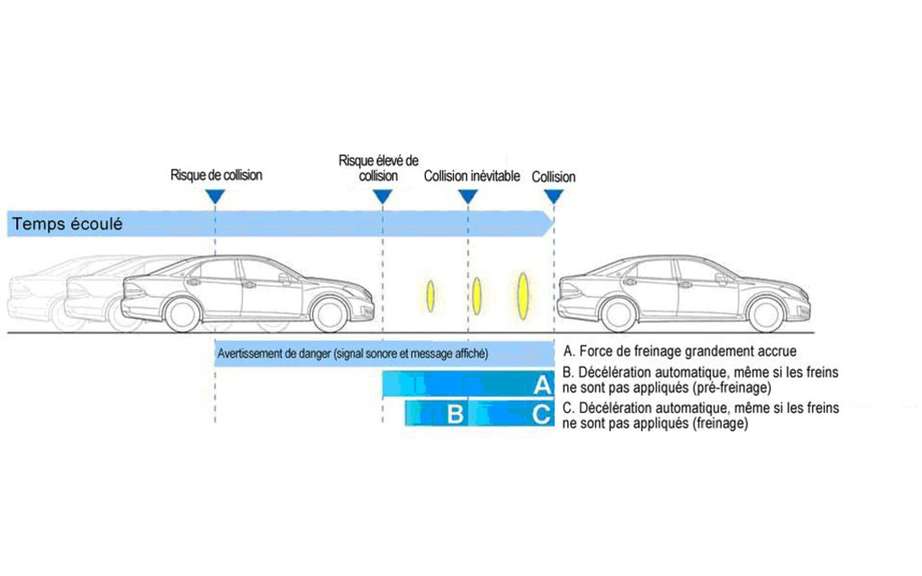 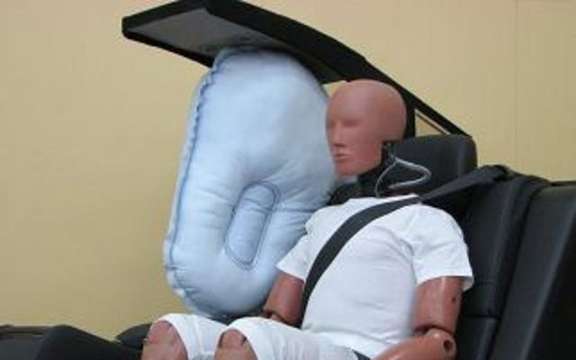 Toyota developed the first center airbag back in the world 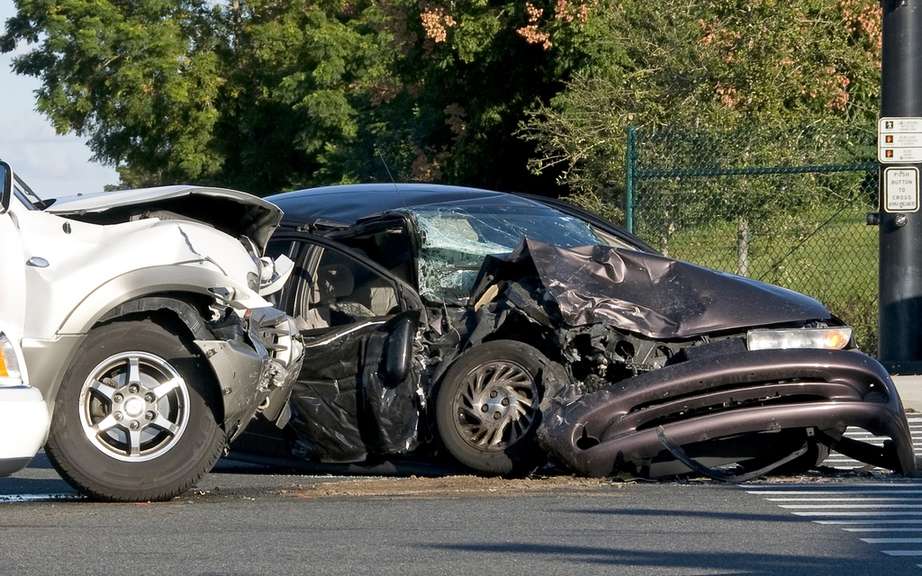 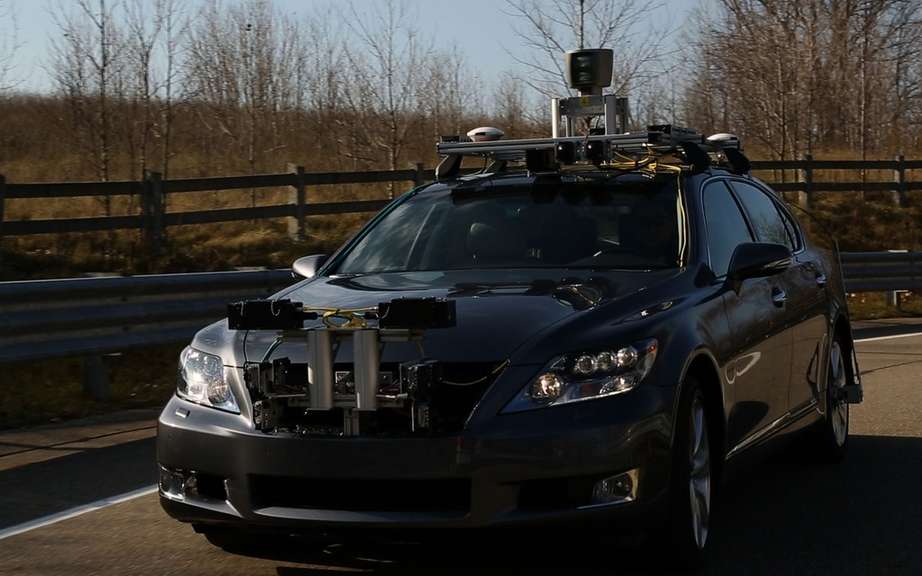 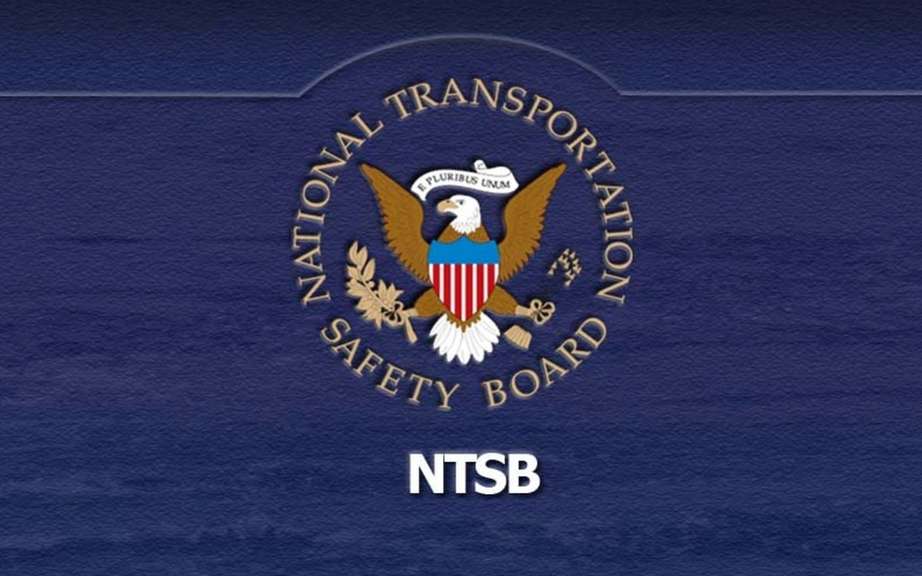 Technologies prevention of collisions should be the norm, says NTSB