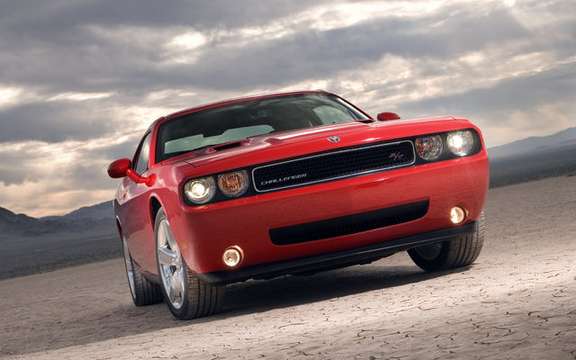 "For our customers, the new 2009 Dodge Challenger, which is built in Canada, represents a reincarnation of the legendary Dodge car," said Mark Bosanac, Vice President, Marketing, Chrysler Canada Inc. "may be delivered with an engine V6 3.5 liter which reached 8.1 l per 100 km at a lower price is $ 25,000, the Challenger offer the Canadian market a complete range of models is an exceptional value. "

The Dodge Challenger is the first five-passenger cup product on the platform of the rear propulsion company, which has been proven with Charger and Chrysler 300 models. With the 2009 Dodge Challenger, whose design will definitely turn heads The customer has the choice between three engines and an automatic or manual transmission.

The MSRP of the new Challenger R / T 2009 is $ 34,995. Equipped HEMI V8 5.7 l of last generation, the Challenger R / T produces an estimated 370 horsepower (276 kW) and torque of 398 lb / ft (540 Nm) with the standard five-speed automatic transmission. This engine endows the thrifty technology multicylindree (MDS), which enables up to 20% save fuel without sacrificing performance and present an improvement of 4% compared to the 5.7 HEMI 2008.

The MSRP of the Challenger SRT8 (R) 2009 is $ 45,995 (delivery cost $ 1,300 extra). The Challenger SRT8 (R) 2009, offered with a manual transmission or six-speed automatic transmission with a five-speed series, is powered by a V8 HEMI 6.1 l, exclusive to the SRT, which produces 425 horsepower ( 317 kilowatts) and a torque of 420 lb / ft (569 Nm). A differential slip limit has serial, high-performance blue and red B5 External paints (available later) meme that black decorative stripes on the hood are among the new features of this model in 2009. The Track Pak includes a conventional lever selection shaped butt and a manual transmission Tremec TR-6060 six reports with assistance sloping boot.

Other standard features of the Challenger SRT8 (R) 2009 include interior inspired race cars, including seats "performance" with a red stripe and additional bolsters that stick to their seat passengers in sporty driving situations, four gauges in the instrument panel with tachometer and speedometer graduated from 0 to 180 mi / h in the center pages of reconfigurable performance that allow the driver to see the acceleration from 0 to 60 mi / h, 1/4 mid and 1/8 mi, a gauge of the strength of acceleration, uconnect Tunes, an electronic device and system stability PROGRAM ABS rules exclusively for model SRT forged aluminum wheels 20-inch Brembo brakes red , a hood with two functional air intakes, a rear spoiler and a functional black single exhaust system. 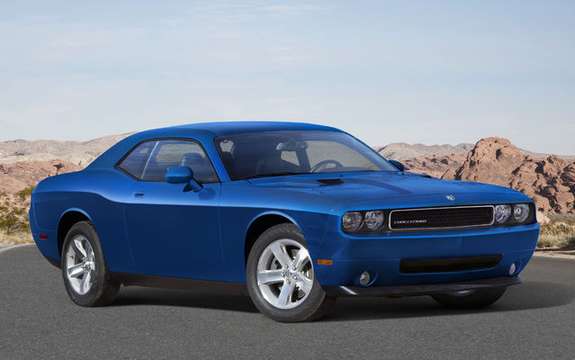 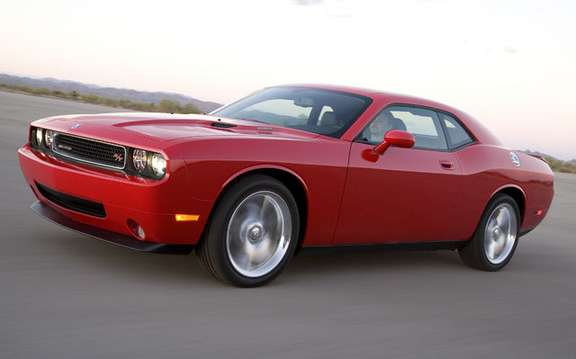