A new line, a more powerful engine and better handling allow the RL has to push the boundaries in terms of luxury performance cars

Luxury sedan Acura RL 2009 debuted at Auto Show in Chicago. With its new line improves its interior, advanced technology and a new engine is powerful, RL, which will be available this spring in all of Canadian Acura dealers, once again pushes the boundaries of performance, style and luxury. The 2009 RL is endowed effect of new technologies avant-garde, as XM (R) Note, the dynamic control of sound and Bluetooth (R) Audio, in addition to the already impressive range of features of the previous RL . New technologies have been implemented in the design of the chassis to improve handling of the RL, the system Super Handling All-Wheel Drive (TM) improves a rethought direction of helical springs improved the more effective shock absorbers, wider wheels and tires and adapted rear stabilizer bar. The new 3.7-liter V6 incorporates, for the first time in a SOHC engine, the control valve VTEC (R) for both intake valves as exhaust.

"The RL represents what is best in regards to the engineering, has the technology, performance and luxury," says Jim Miller, Vice President Director of Honda Canada Inc. "It is designed to Canadians looking for a luxury sedan, powerful and avant-garde. "

High technology incorporated in the RL includes firstly the most powerful engine ever offered in a luxury sedan Acura. The all-new 3.7-liter V6 produces 300 horsepower and 271 lb / ft of torque developed by the new controller valve VTEC (TM) applicable to the intake valves and exhaust, with a compression ratio pupil and a special intake manifold in two phases in magnesium that works in single or dual mode, depending on engine operating parameters. A new version of the Sequential SportShift automatic transmission allows the 2009 RL has to use the power of the 3.7-liter engine. Thanks to the new selectors speed "smart" palette type F1 (MD) mounted on the steering wheel and a new gear selector mounted on the console, the driver of the RL control better than ever selection of speeds.

The system Super Handling All-Wheel Drive (TM) (SH-AWD (TM)) is again offered in 2009 and is now faster and more efficient. Although the integral transmission presents many advantages in terms of adhesion, the system SH-AWD (TM) plays an important role, not present on other systems integral transmission: it actually uses a torque vectoring to increase the speed Rotation of the outer rear wheel in a turn at high speed. Thus, the car can negotiate this curve efficiently and at high speed. This function of "lace" turn reduces the load on the front wheels to reduce understeer, improve the balance of maneuverability and increase overall adherence in a cornering situation.

The interior of the 2009 RL is more elegant and offers more space for the rear passengers, seat belts in the front easier to use, the door handles mounted on the door, softer armrests of redesigned air vents, a larger and more readable for controls heating, ventilation and air conditioning and more comfortable handling controls the temperature control lettering. RL now includes a redesigned steering wheel with genuine wood trim (in the RL Elite Package) and metal accents, and a shift knob selection HARMONISED with wood trim. Of improved gauges including metal accents combine driving brush to perfect the appearance of RL models.

New for 2009, the front passenger seat is adjusted electrically in 10 positions, as the driver's seat. Orders of the central table, more intuitive, are highlighted by a new color of funds and panels wood pattern has higher quality. These improvements to the interior of the RL also include advanced electronic systems, including a navigation system Acura connects a satellite with Bi-Lingual Voice Activation (TM). Was added to the high fidelity spectacular Acura / Bose chain (MD) 10 DVD audio speakers with Bluetooth (R) audio system for an even richer sound, the system XM (R) Note, for recording and playing clips favorite songs and a USB port. Finally, the controls are more readable. To top range of safety features of the RL, a new active headrest is incorporated with seats forward to provide greater protection to the neck and head in the event of a rear collision. 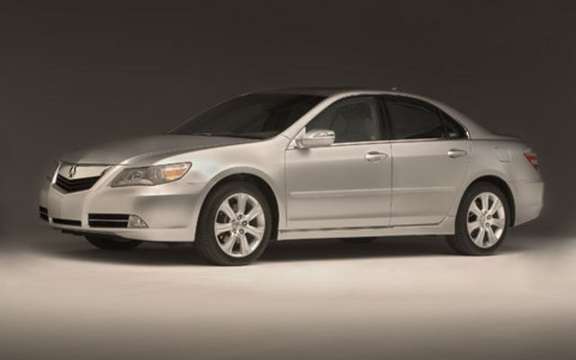 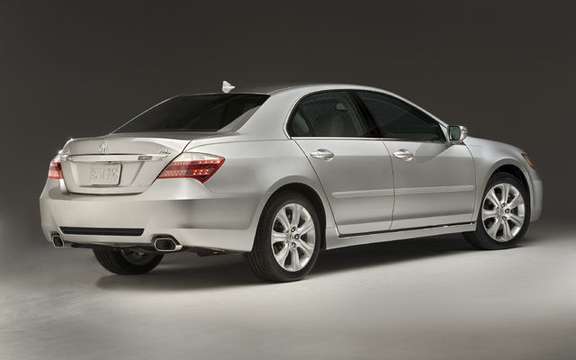 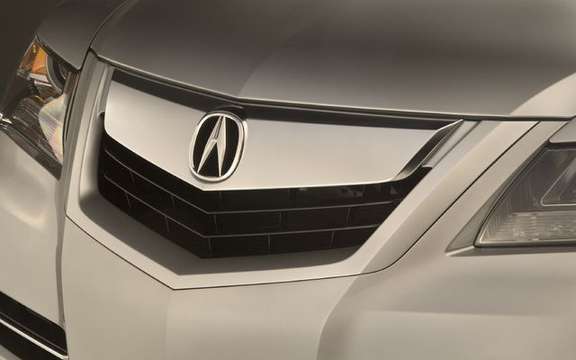 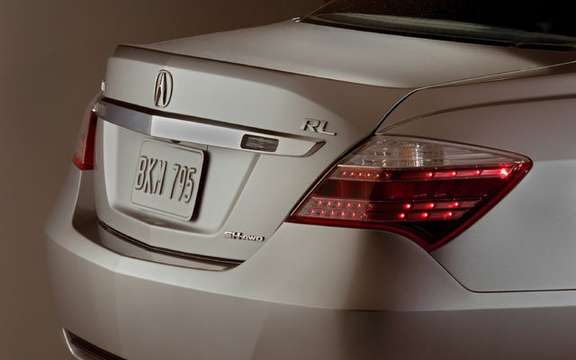 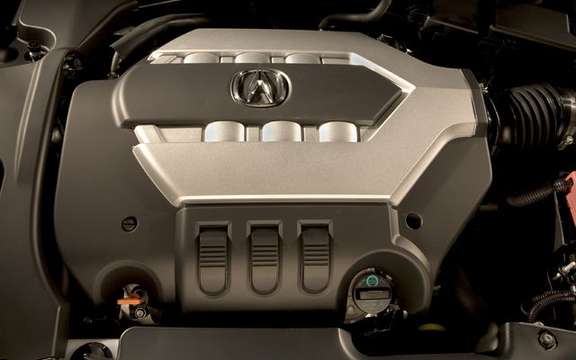 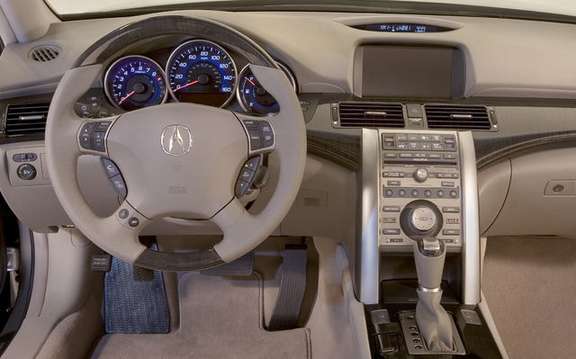 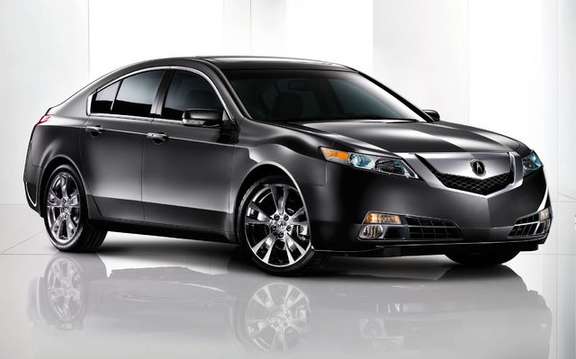 The all-new 2009 Acura TL will debut this fall 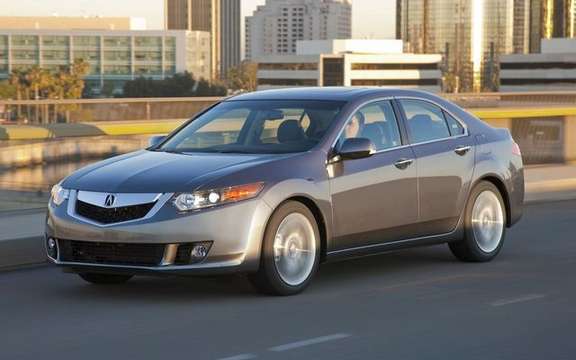 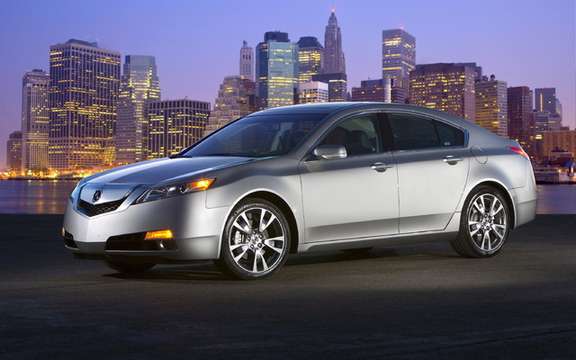 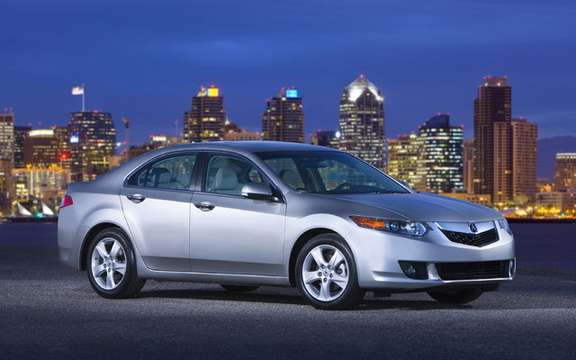 Announcement of the price of the new 2009 Acura TSX 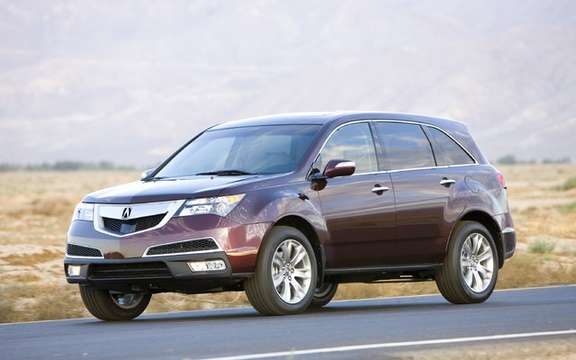 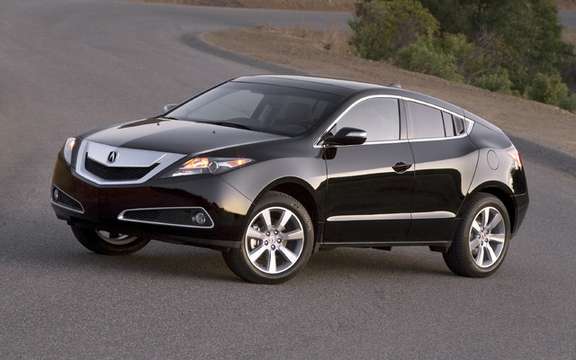