Nissan wants an American driver for its Le Mans team 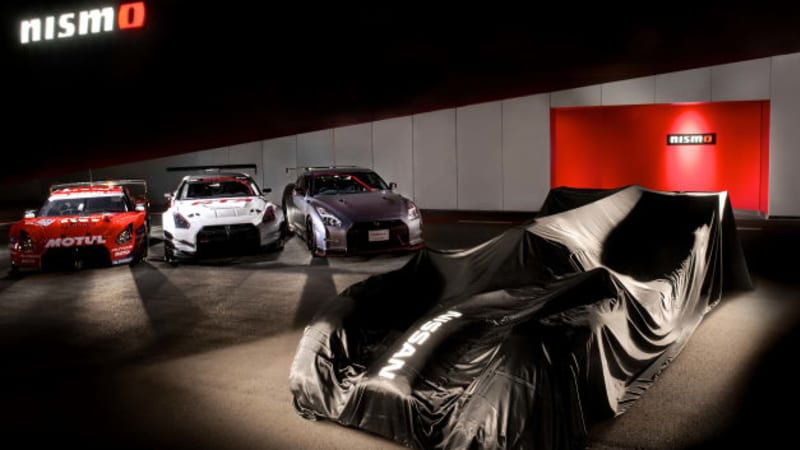 "We'll use every driver development tool we have to take them to the next level, but they will also have to step up." – Darren Cox

Nissan is aiming to put an American behind the wheel of one of its LMP1 racecars in 2016 as part of plans to grow its motorsports program in the United States.

The driver would compete in the LMP2 class and the new LMP3 class of the FIA World Endurance Car Championship next year and then graduate to the higher level of competition. Nissan said it would select candidates from its GT Academy program, including former winners Bryan Heitkotter, Steve Doherty and Nick McMillen, plus other drivers. Ultimately, the goal is to have an American on the grid at the 24 Hours of Le Mans.

"We'll use every driver development tool we have to take them to the next level, but they will also have to step up," Darren Cox, Nismo global head of brand, marketing and sales, said in a statement. "It is going to take more than just talent to get them into an LMP1 car, but the opportunity will be there if they are prepared to work for it."

Nissan's LMP1 program will launch next season, competing against Audi, Toyota and Porsche on circuits around the world. It will be based in Indianapolis in the facility of an old Champ Car team, Forsythe Racing, and have facilities in Europe and Japan. The LMP1 racer takes the name of one of Nissan's most famous sports cars, and it will be called the GT-R LM Nismo. Nissan will field two cars, and possibly a third one at Le Mans, a spokesman said.

Founded in 2008, Nissan's GT Academy has taken video gamers and turned them into professional drivers-with extensive training that maximizes their talents and translates that into real-world racing skills. More than five million gamers have used the academy through PlayStation, Nissan said.

In other racing news, Nissan also announced it will supply engines for the LMP3 series, which launches next season in Europe.
Show full PR text Nissan in search of an American star for Le Mans LM P1 program

Nissan will begin the search for an American star to join its new LM P1 Le Mans 24 Hour and FIA World Endurance Championship team, giving a former gamer the opportunity to graduate to the highest levels of the sport.

Nissan's GT Academy competition is already renowned as one of the most innovative driver development programs in history.

During the past six years, GT Academy has had more than five million entrants via PlayStation, more than one billion virtual miles have been driven in Nissans on Gran Turismo, and the program's television packages have been seen by more than 120 million people across the globe.
Former U.S. GT Academy winners Bryan Heitkotter (2011), Steve Doherty (2012) and Nick McMillen (2013) plus a number of other past American finalists will be given the chance to impress the new Nissan LM P1 team's management.

The goal for Nissan's LM P1 team was revealed at Circuit of The Americas at the U.S. round of the FIA World Endurance Championship and follows yesterday's celebration of NISMO's 30th anniversary.
Nissan's new LM P1 team will have a base in the U.S., taking advantage of track facilities in the warmer southern states climate to test its new machine which will do battle against Audi, Porsche and Toyota from next year.

"All the U.S. winners of GT Academy have gone on to taste victory in major professional events around the world," said Darren Cox, Global Head of Brand, Marketing & Sales, NISMO. "But we have also been blessed with some other amazing talents in every year of the competition – an embarrassment of riches really. Some of the guys who didn't win have gone on to launch motorsport careers after using GT Academy as a kick start. We have our eye on some additional drivers that we would like to put through their paces again and see if we have somebody who could have what it takes to drive for Nissan in LM P1 at Le Mans."

Nissan today also announced that it will be the sole engine supplier for the new LM P3 class that will contest the European Le Mans Series from next year.

"Once we identify the most suitable GT Academy alumni, we will put him through an extensive program with the aim of putting them in an LM P3 car. LM P2 would be the next step at Le Mans; we'll use every driver development tool we have to take them to the next level, but they will also have to step up," Cox said. "It is going to take more than just talent to get them into an LM P1 car, but the opportunity will be there if they are prepared to work for it. Getting experience in prototype machinery will be a critical component of the development process. We already have a number of past GT Academy winners from Europe who we are looking at for the LM P1 program – many of whom have already raced in LM P2."

The Nissan LM P1 team is very different. On the technical side, the squad has many nationalities: Americans, Brits, Frenchman, Brazilians and of course a large component of Japanese talent and experience.

The team will have a European base as well as operating from NISMO's headquarters in Japan and a new home here in the U.S. in Indianapolis. Nissan's team chiefs are keen to see an American driver on the grid here at Circuit of The Americas in the Nissan GT-R LM NISMO in 2016.

GT Academy has grown to include new territories in 2014 including Mexico, the Middle East, Asia and Australia alongside the usual North American, German and European competitions.

Heitkotter and Doherty will compete this weekend at Circuit of The Americas in the Continental Tire SportsCar Challenge as teammates at Skullcandy Team Nissan aboard a Nissan Altima 3.5.

The 2013 American winner McMillen will race for Nissan GT Academy Team RJN at the Nurburgring round of the Blancpain Endurance Championship this weekend as well.

About Nissan North America In North America
Nissan's operations include automotive styling, engineering, consumer and corporate financing, sales and marketing, distribution and manufacturing. Nissan is dedicated to improving the environment under the Nissan Green Program and has been recognized as an ENERGY STAR® Partner of the Year in 2010, 2011, 2012, 2013 and 2014 by the U.S Environmental Protection Agency. More information on Nissan in North America and the complete line of Nissan and Infiniti vehicles can be found online at www.NissanUSA.com and www.InfinitiUSA.com, or visit the Americas media sites NissanNews.com and InfinitiNews.com.

About Nissan Nissan Motor Co., Ltd.
Japan's second-largest automotive company, is headquartered in Yokohama, Japan, and is part of the Renault-Nissan Alliance. Operating with more than 244,500 employees globally, Nissan sold almost 5.2 million vehicles and generated revenue of 10.5 trillion yen (USD 105 billion) in fiscal 2013. Nissan delivers a comprehensive range of more than 60 models under the Nissan, Infiniti and Datsun brands. In 2010, Nissan introduced the Nissan LEAF, and continues to lead in zero-emission mobility. The LEAF, the first mass-market, pure-electric vehicle launched globally, is now the best-selling EV in history with almost 50% share of the zero-emission vehicle segment.

For more information on our products, services and commitment to sustainable mobility, visit our website at http://www.nissan-global.com/EN/. Source
Read Also: 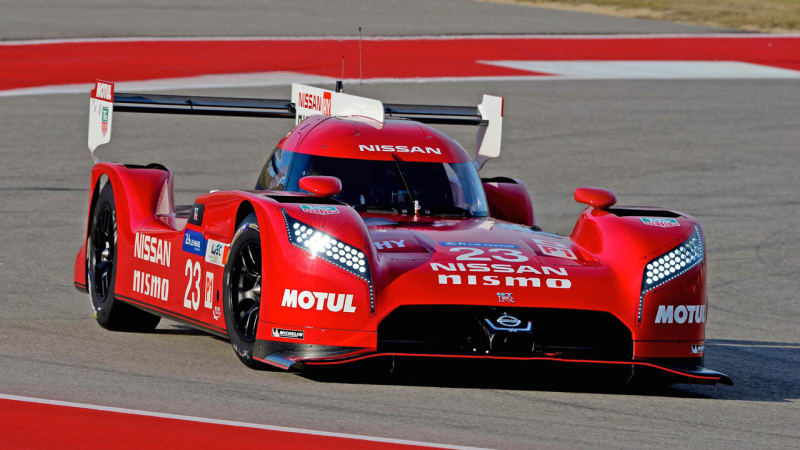 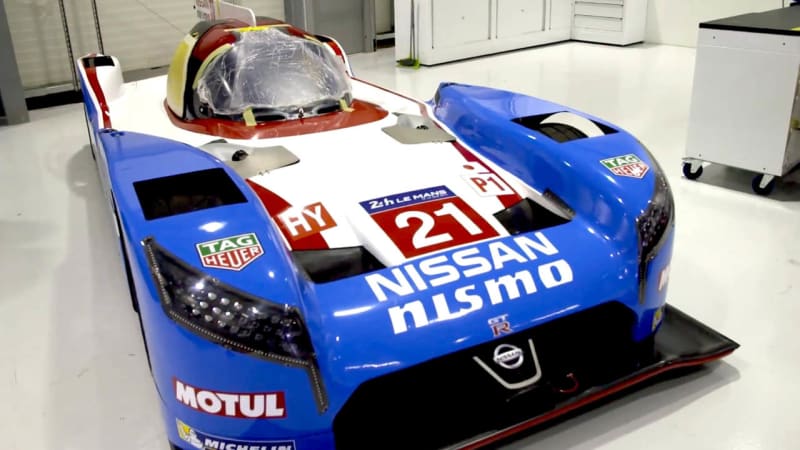 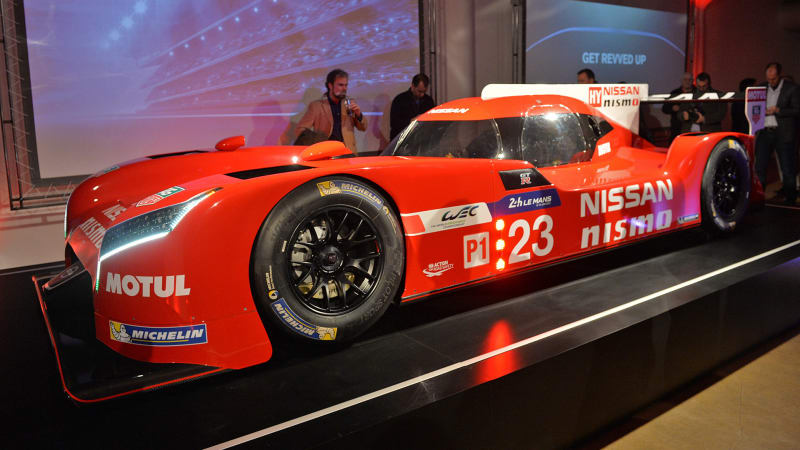 Nissan withdraws from two races to focus on Le Mans 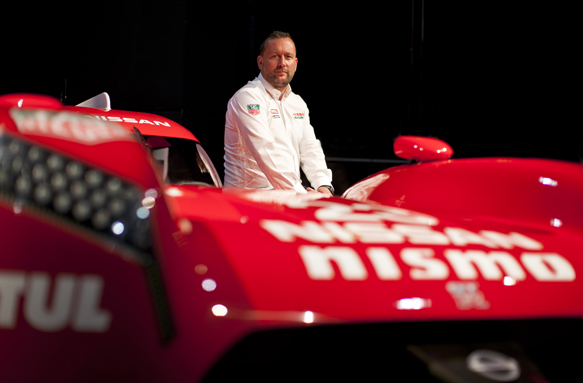