After the Shooting Brake concept Allroad unveiled at the Auto Show in Detroit in January, with a recurrence Audi TT for Offroad Auto Show in Beijing. This new concept is a cross between a sport coupe and an SUV and he "gives an overview of what we might imagine as a new model of a possible TT family," according to Professor Ulrich Hackenberg, member of the executive responsible for the development technique for the Ingolstadt brand.

This is the TT Offroad adopts a rechargeable hybrid drivetrain composed of a 4-cylinder turbocharged 2.0-liter 292 horsepower and 280 foot-pounds of torque engine and two electric motors powered by a lithium-ion for a total output of 408 horsepower and 479 foot-pounds. According to Audi, the average consumption amounted to only 1.9 liters per 100 kilometers. In addition, the TT Offroad concept would be able to shoot the sprint from 0 to 100 km / h in 5.2 seconds, easily reach a top speed of 250 km / hour. Driving in electric only mode would be possible 50 km. The lithium-ion battery is charged by induction using a plate deposited on the ground in the parking of the car.

The architecture of the TT concept Offroad is developed on the basis of the modular MQB platform. Its body is composed has both aluminum and steel, and dimensions of the vehicle are very similar to those of the Audi Q3, except for the height, the concept being lower. The design is heavily inspired by the Audi TT and TT Offroad sleeps four. The dashboard was designed in aircraft wing shape and concept shows the oversized screen (12.3 inches) from the TT instead of dials. Fun detail, found in the trunk a box containing an electric RC car at the scale 1: 8 ...

Also present at the press conference of the German automaker Auto Show in Beijing. Audi A3 Sportback e-tron hybrid engine marketing which is scheduled for the spring of 2015 The engine is composed of a four-engine cylinder turbocharged 1.4 liter developing 150 horsepower and 184 foot-pounds of torque and an electric motor delivering the equivalent of 54 horses fed by a battery for a combined output of 204 horsepower. The performance data do state a time of 7.6 seconds for the sprint from 0 to 100 km / h and an average fuel consumption of 1.5 liters per 100 kilometers. The Audi A3 Sportback e-tron shown at the 1540 kilos pesee and offers five seats and a cargo space ranging from 280 liters with all the seats in place, has 1,120 liters with the rear seats replies records. The charging time is 3 hours and 45 minutes with a current of 220 volts.

According to Rupert Stadler, CEO of German automaker Audi henceforth continue to launch a new model of the e-tron range each year. Thus, after the A3 and A6, we must expect that the A8 and Q7 receive the e-tron hybrid powertrain developed by the engineers of the brand. The goal of the German manufacturer is to propose a hybrid powertrain version of all models-cles 2020. 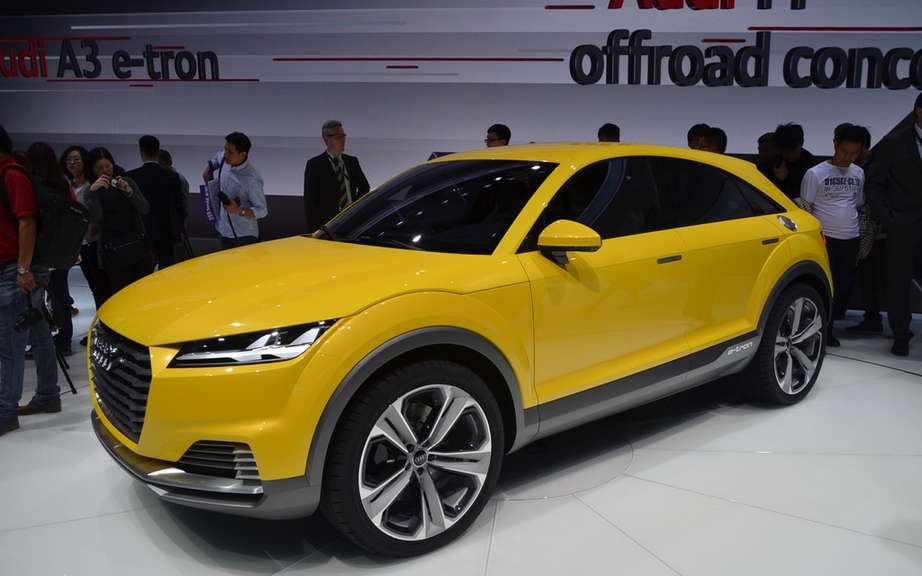 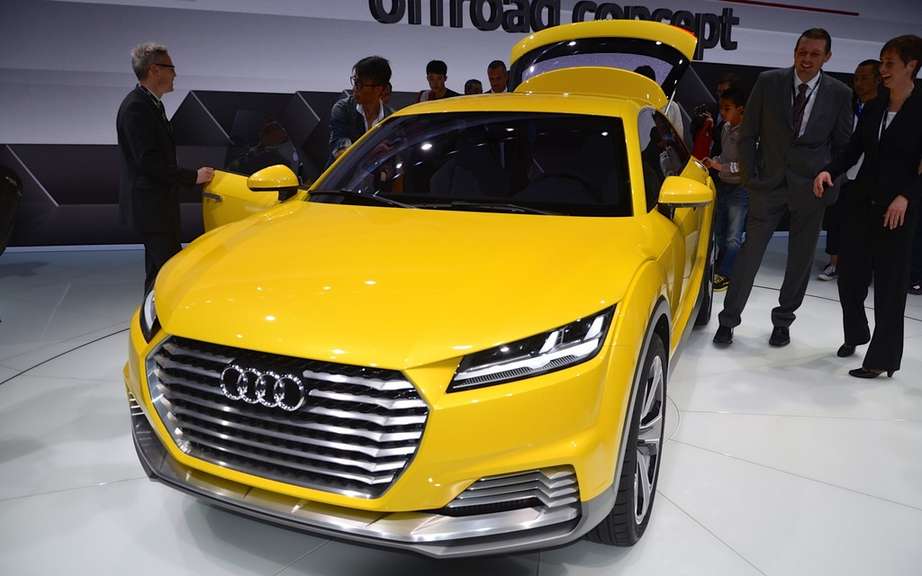 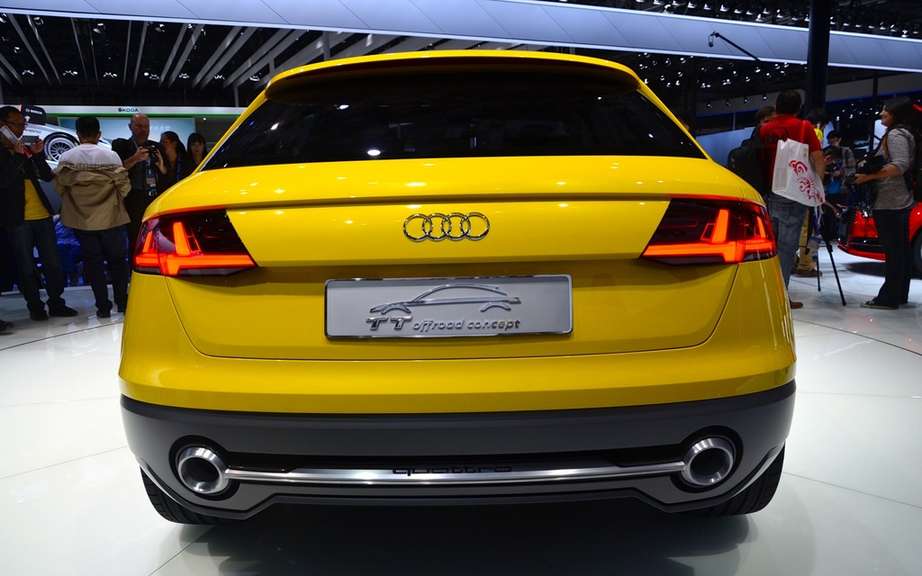 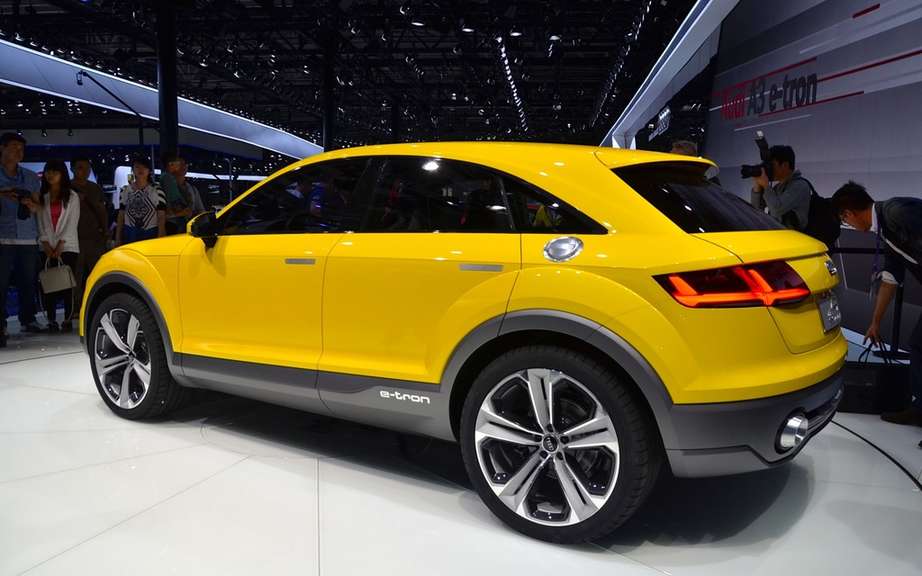 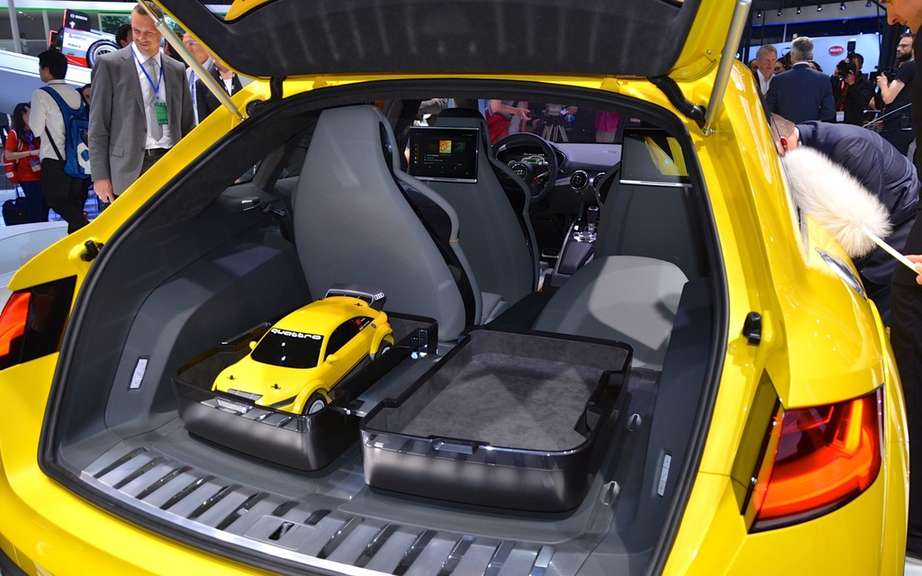 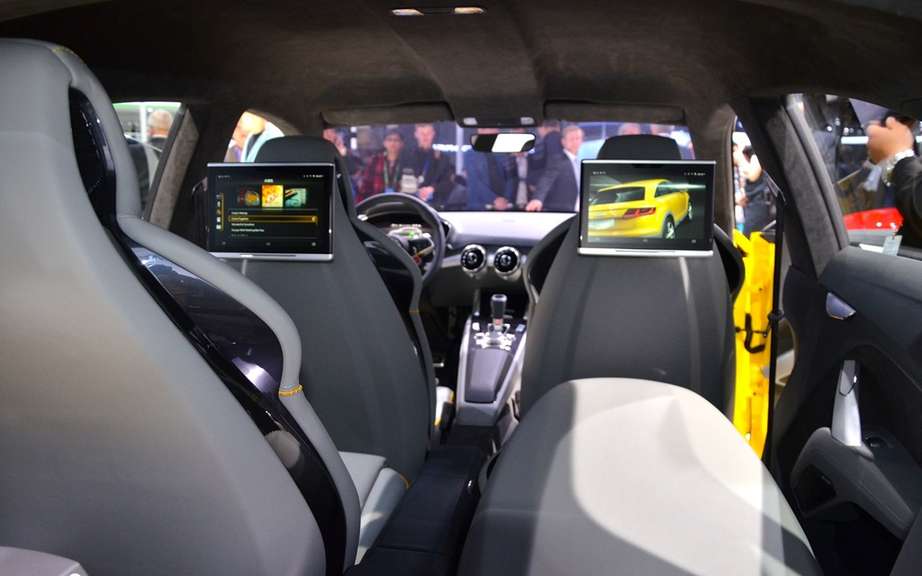 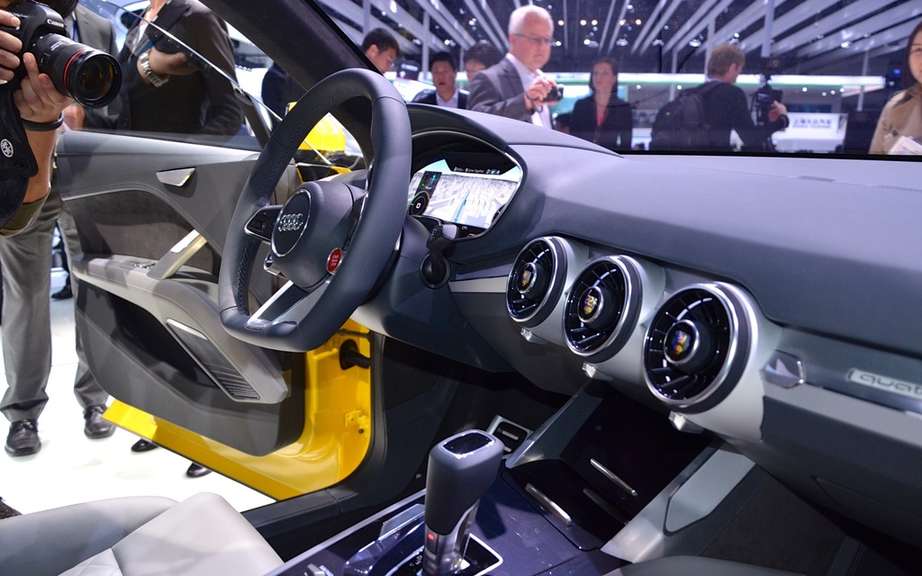 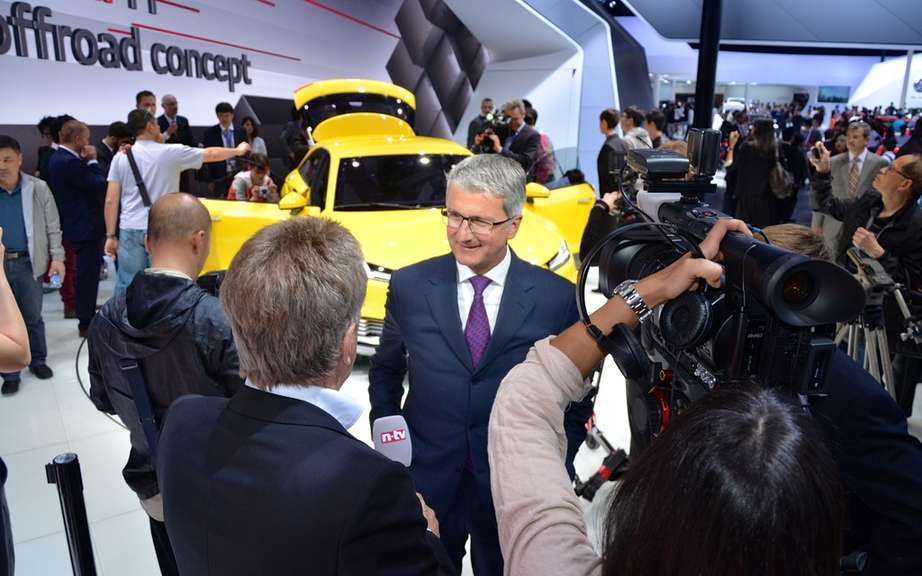 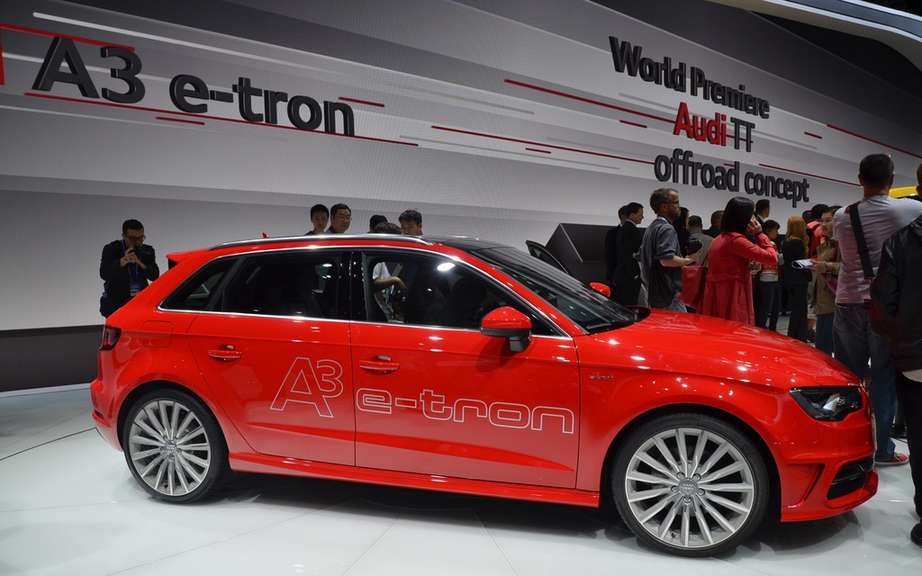 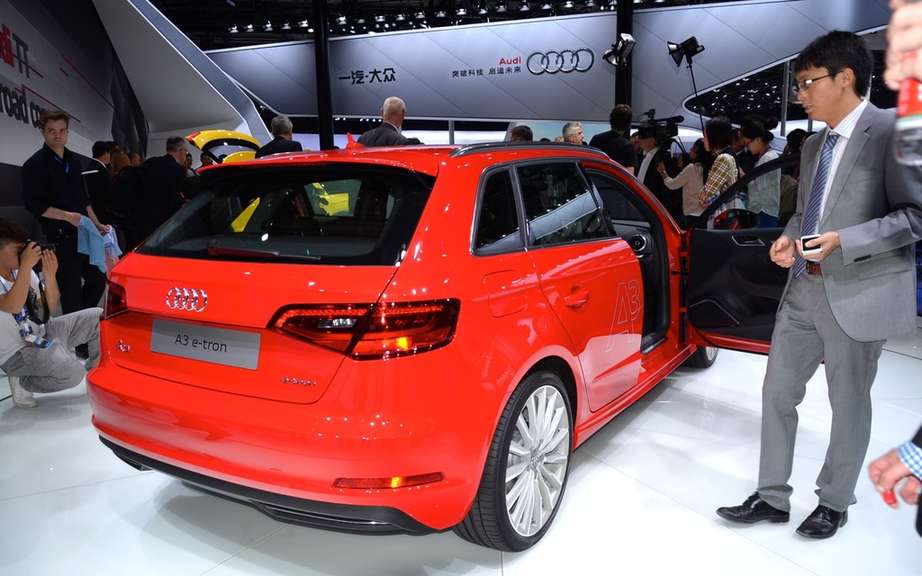 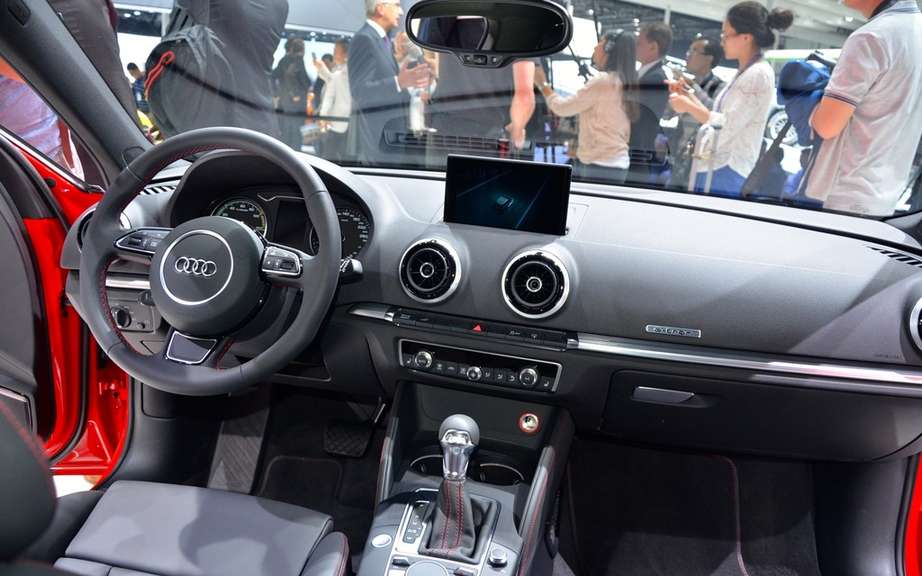 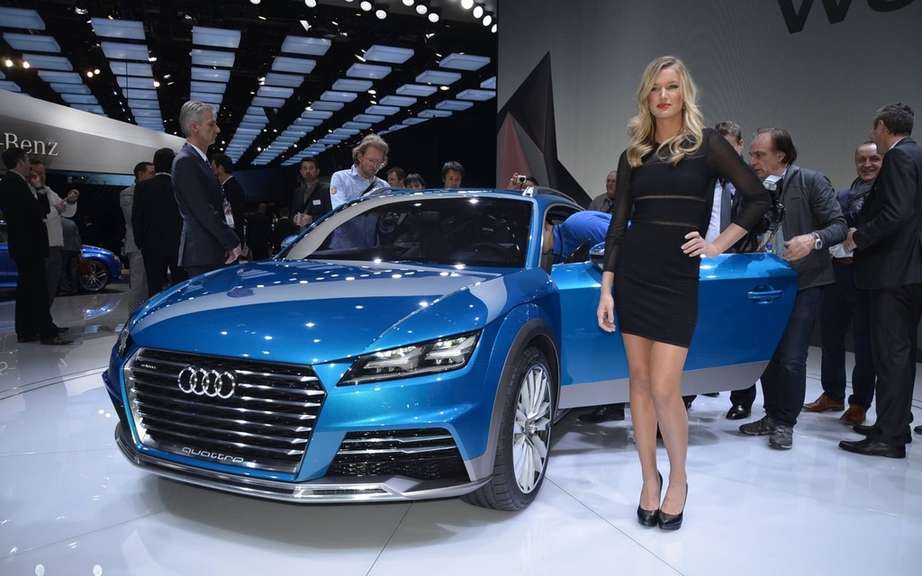 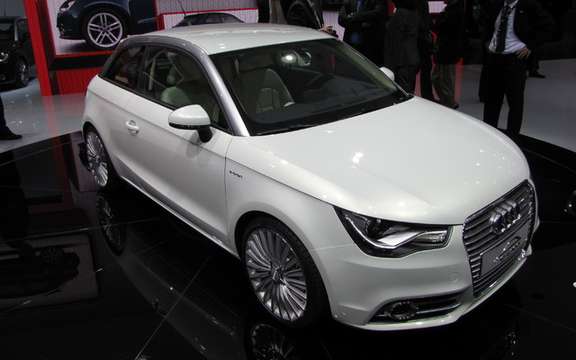 Audi and its new brand 'E-Tron'